60Plus and still getting ass-fucked

60Plus and still getting ass-fucked 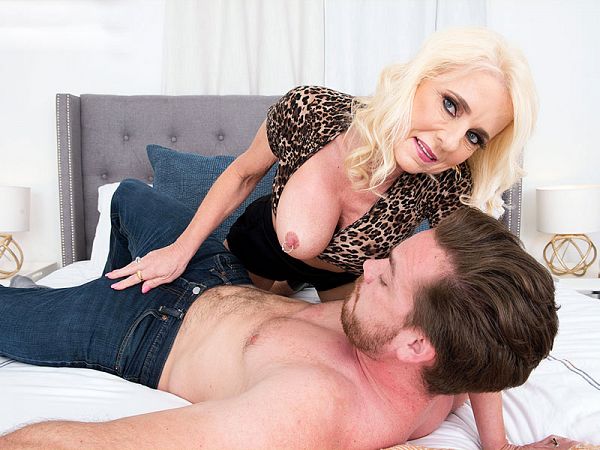 This scene opens with Cammille Austin, who’s 60, rubbing a young dude’s chest and asking him if he’s ever been with a woman her age. The answer is no, but he’s about to be. Cammille, who’s a real piece of ass with big tits, tight abs and long legs, has him play with her big tits and pierced nipples. She sucks his dick deep, then he fucks her pierced pussy, then Cammille says the magic words: “Fuck my ass.”

Cammille is also a mother and grandmother. She and her husband live in Arkansas. She’s a nurse. He’s a surgeon. She’s actually his nurse. But when it comes to sex, she’s in control.

“The rule in our house is that he shares me but I don’t share him,” she said. “He’s stuck with me.”

“It’s exciting. And I’d have to say it makes my sex life with my husband more exciting, too. He loves it. He loves to watch. We just started experimenting in the bedroom. It started with pictures, and then we moved on to videos. We would call up some of his friends, and he would tape us while we had sex. We really enjoyed it and just kept on doing it.”

Hopefully, there’s no end in sight.