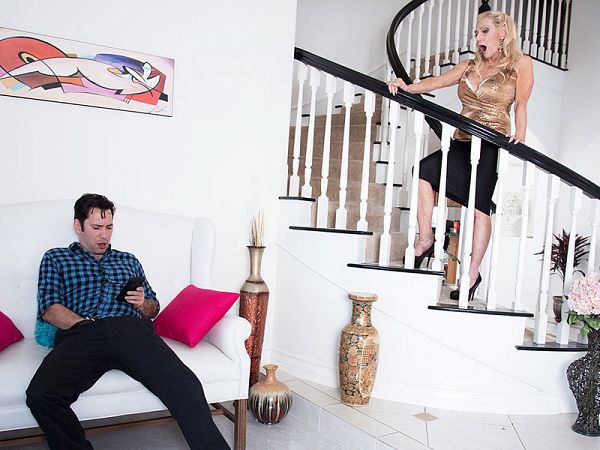 “I think I’ve fucked half of San Diego,” she said.

She’ll probably get around to the other half, although she’s been thinking about turning her attention to the men of Los Angeles. And the women.

As we discovered in the interview, Layla is an interesting woman. She’s divorced. She’s a mother and a grandmother. She’s an escort. Her daughter is, too. Her daughter and granddaughter helped her pick out clothes and get ready for this scene. Isn’t it nice when a family does things together? We think so.

Layla was born in Cleveland, Ohio. She’s 5’6″ and weighs 128 pounds. She’s a swinger who’s into guy and girls. She likes being watched while having sex. She likes fucking younger men and women. It would be easier to list the things she’s not into.

Welcome to the big show, Layla!