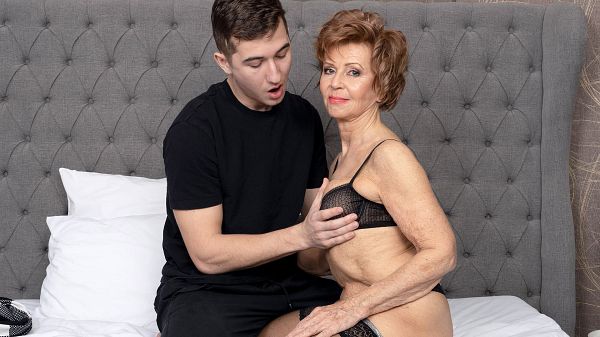 We asked Romana about her kinkiest sexual encounter, and she said, “Having sex on film is as kinky as things get for me these days.”

We also asked if she’s ever had sex with a much-younger man.

“Yes, but only on film. That is how it came about not too long ago.”

She’s referring to her first fuck scene last summer with a different Chris. He was 27, an oldster by Romana’s new standards.

There has to be an 18-year-old for Romana somewhere. Meanwhile, enjoy this great scene.

See More of Romana at 60PLUSMILFS.COM!