A 50something bikini show? Yes!

A 50something bikini show? Yes! 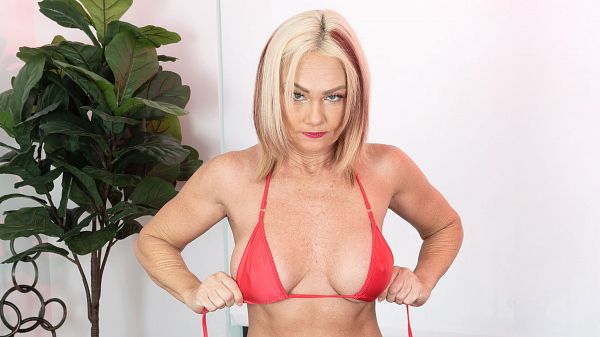 Nikki is a small-town girl from Oklahoma who now lives in Texas.

Well, second, actually. The first time was a few weeks ago. Now she’s back to pleasure herself and then pleasure a lucky guy and herself.

Looking at her body, you won’t be surprised to learn that Nikki’s hobbies are working out and exercising. She also enjoys traveling.

How she dresses when she’s going out in public: “Short shorts with half tops and my cleavage showing.”

That’ll get the guys’ attention!

She’s worked in trucking and cleaning. She’s also been an exotic dancer and an escort.

As for being watched while having sex, she said, “It’s exciting and kinky and gives a thrill like no other.”

In other words, she wants you to jack off to her. You have her full permission.