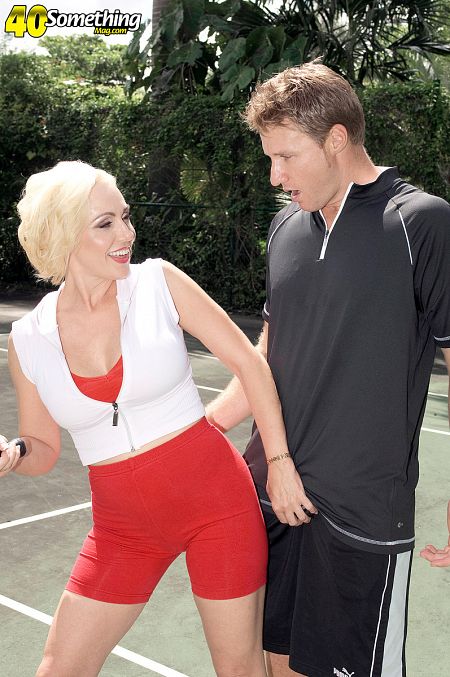 More about Raquel: Her hobbies are shopping, yoga, dancing, hiking, reading and going to wine tastings. She said, “I love Bikram yoga. Eating lots of organic veggies, meat and grains keeps me in shape.” She was born in New Jersey, lived in California for a while then moved to Chicago. Oh, and don’t think this woman was a goody-two-shoes before she started fucking on-camera. She was a stripper for 15 years.

There’s more of Raquel at 50PlusMILFs.com from when she became a brunette. We think she looks sluttier as a blonde. But either way, nobody’s complaining.