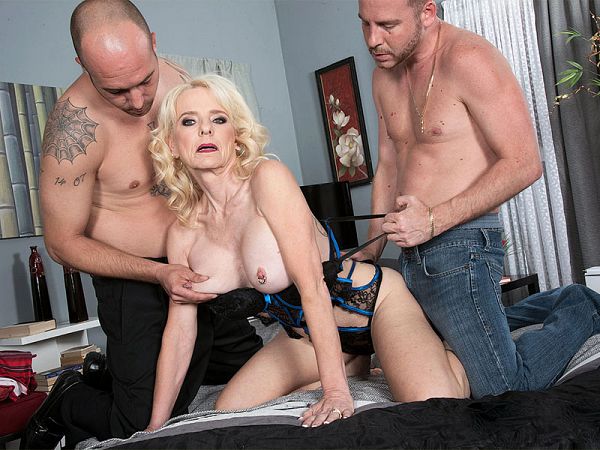 Cammille Austin, a 58-year-old wife, mother and grandmother from Arkansas, gets on Skype (or Facetime or whatever she’s using), calls her husband and invites him to watch her fuck two total strangers. She’s bored. She’s wearing sexy lingerie. Her hubby is used to this kind of thing because he watched her fucked eight guys on their wedding night. Yeah, it’s an unconventional marriage, and Cammille is an unconventional woman.

Most women back home in Arkansas don’t do this kind of thing.

And now she’s doing it here for our viewing pleasure. And his. And her pleasure.

Surprisingly, however, Cammille and her husband aren’t swingers.

“The rule at our house is that he shares me, but I don’t share him. He’s stuck with me.”