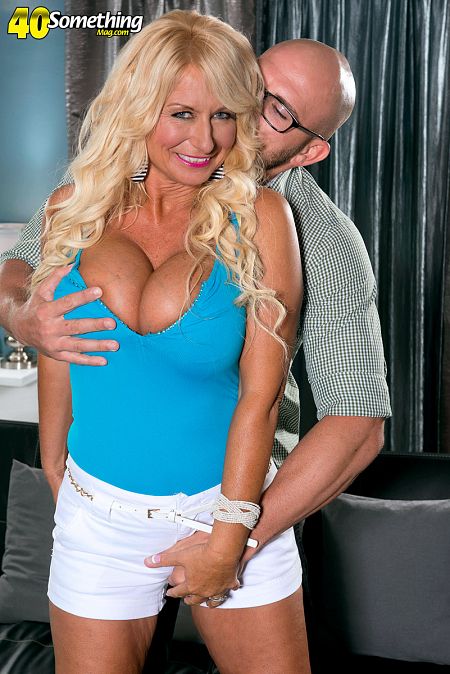 “I like to dress provocatively and classy at the same time,” Annellise said. “I’ll wear a nice push-up bra for that. I like to be more of an exhibitionist at a club. I guess the environment hypes me up. I like to dance and show it all off. That’s why swingers places are good for me, so I can show it all off.

“I was at a regular club and I was dancing and I’d had a few drinks, and some guy said to me, ‘Oh, you have such nice boobs,’ so I said, ‘Do you want to see them?’ I must’ve gone over-the-top because the bouncer came over to me and said, ‘You’d better go if you don’t put those away.'”

Annellise measures 36DDD-26-36. Her accent is an arousing mix of Southern United States and British. She works in animal shelters and owns a few rescue dogs. She’s friendly. She’s nice. She’s sexy. And she knows how to fuck. That’s a great combination.

“Having sex in your studio made me feel like I want it a lot,” she said, “I’m enjoying every bit of being here.”