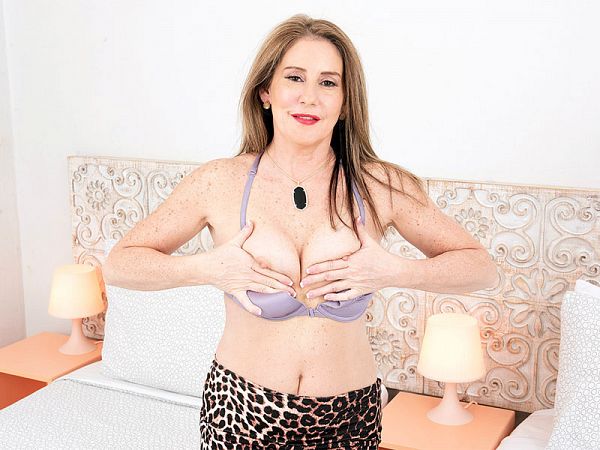 It’s play time with Arianna Steele, a 51-year-old wife, mother of three and grandmother from Nashville, Tennessee. We’ve already seen Mrs. Steele getting fucked on-camera. In her first ever hardcore scene, she took a 22-year-old’s cock up her tight ass. In her encore, she sucked and fucked a big, black dick.

“All a black man has to do is walk up in front of me and pull out his cock and Iâ€ˆgo straight to my knees,” Arianna said.

“Everyone in my normal life thinks I’m sweet and quiet,” Arianna said.

They clearly don’t know the real Arianna–the one who likes to go to the swingers club and get used for hours by men and women.

Here’s another great moment: “About six months ago, Iâ€ˆwas at one of the local swingers clubs and nothing was going on inside. When I was leaving, Iâ€ˆstopped two different black guys and sucked and fucked them out in the open in the parking lot.”