Babe has a surprise for you!

Babe has a surprise for you! 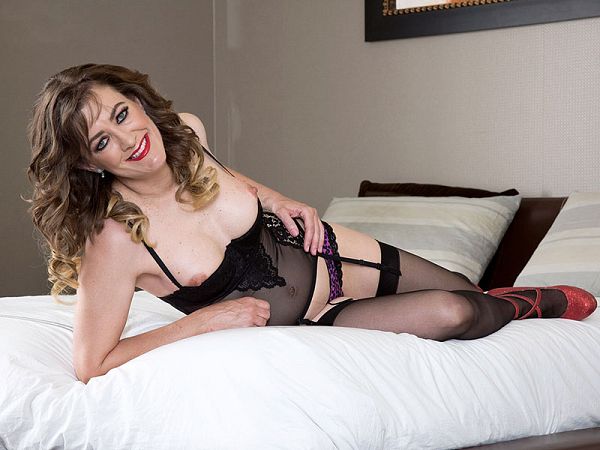 “I have a surprise for you,” 52-year-old wife and mom Babe Morgan says. “Would you like to see it?”

50Plus MILFs: What got you into modeling?

Babe: It wasn’t anything planned. I think most of us when we’re younger women think about it but never do it. But then a friend of mine became involved in this, and then based on her experience and what I saw, I knew I could do it, too. I feel more confident being older and I’ve learned a lot over the last 50 years, so because of that, I’m ready.

50Plus MILFs: Are you and your husband swingers?

Babe: Yes. My husband brought me into it, and it isn’t so much that he and I didn’t enjoy each other. Things became routine, especially after 30 years. I wasn’t sexually active in high school, I didn’t go to college, and there are things that people experiment with during those years that I never did, and so we came to a point where the kids were out of the house and we could do things more freely. It was a time to explore and be creative.

Babe: We started out by going to some swing clubs, and it came to the point where I didn’t care for it anymore, so I asked if we could do something else, and my husband told me about the swinging lifestyle sites, which are very much like social media, and he told me, “You would take a picture of your pussy or your tits and post them online,” and I said, “I would do what?” And I guess the rest is history. We’ve been to some swing parties, some lifestyle events. We’ve met some couples one-on-one. But the things that work the best are when we go to meet-and-greets. I’ve met a few nice single guys, but we have better luck with the couples. It took a little while for me to warm up to it. I was a little timid at first, but I’ve grown into it. In the swinging lifestyle, I’m more comfortable and open than I would be in other situations. A man can come up to me and compliment me and his wife won’t get jealous. I like that aspect of it.

50Plus MILFs: What are your fantasies?

Babe: I think about having one of those old-fashioned affairs with a married man. And I think it would be neat to be a pole dancer in a strip club.