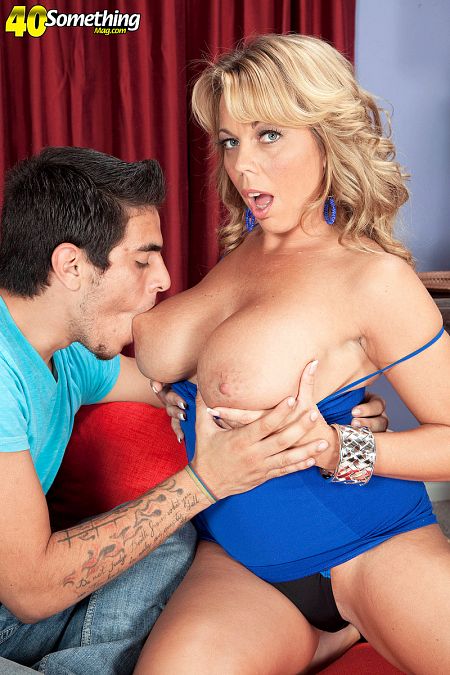 “So, James, have you ever had an older woman before?” 40-year-old ultra-MILF Amber Lynn Bach asks the 19-year-old she’s with. “No? Never? That’s such a shame.”

“I’m more of the submissive type, but I can be aggressive at times,” said Amber Lynn, who’s a mother of two. “If it’s a person who’s new to me, I’m normally not aggressive.”

Amber says she has a fuck-me shoe fetish, has sex at least four times a week and has had enough sexual experiences to fill a Masters & Johnson book.