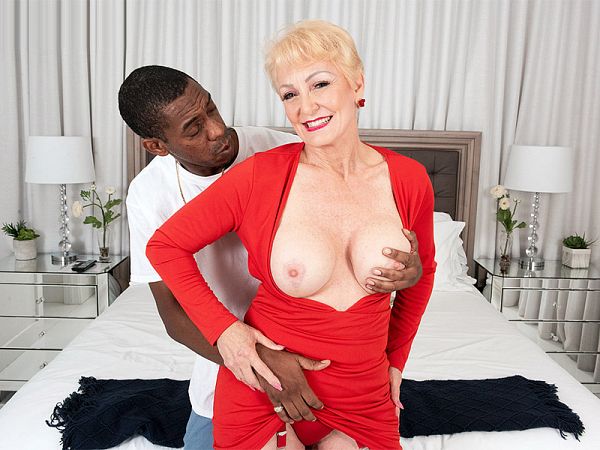 Yes, this is Seka’s first professional on-camera fuck, but it’s not her first time showing off her incredible body for all the world to see. For example, when she was 45 years old, she danced at a strip club in Fort Lauderdale, Florida. One of those upscale joints.

“I thought it would be a great experience to find out what it would be like to be a stripper, and it was fun,” she said. “The excitement of teasing, turning on men, including black men.”

Most of the girls dancing at the club were in their 20s, but a lot of customers went for Seka and her mature beauty because “they loved the way I had my own technique of stripping. The other girls didn’t have as much clothing on. I love garter belts and stockings. The other girls weren’t doing that, so it was a turn-on for the younger guys.

“Sex is sex. It doesn’t matter what age. There were some women who were there mainly for the money. I was there for fun.”