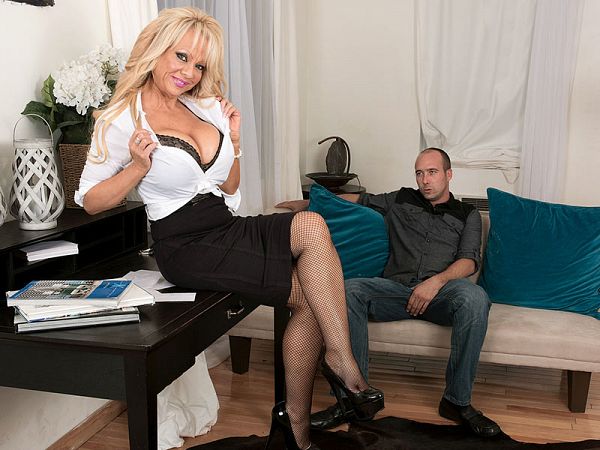 She’s had sex with younger men. “I like to teach them new tricks,” she said. She likes to be watched while having sex. She’s into women. We’re into her. Jimmy’s definitely into her. Just watch.