Fasten your seat belts. Kelly is putting on a show!

Fasten your seat belts. Kelly is putting on a show! 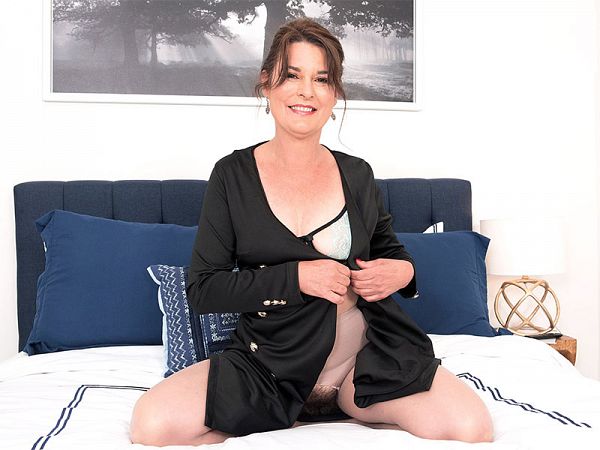 50PlusMILFs: Let’s talk about the bush. Have you ever shaved your pussy?
KELLY: I have. I don’t like growing it out, but I’m lazy and sometimes I’ve shaved it completely bare.

50PlusMILFs: How long ago?
KELLY: Probably a couple of years ago. I just got carried away with the razor and kept going. You don’t want to show any hair when you’re doing underwear modeling. But I got a little carried away, then it was crooked on one side and I had to even it up, so pretty soon I just said, “Screw it. We’ll do it all.” It was unintentional.

50PlusMILFs: When you go to the beach, do you wear a bikini?
KELLY: It’s kind of half and half. The top of my bathing suit is attached to the bottom. It just comes up.

50PlusMILFs: Does the bush overflow at all?
KELLY: Oh, yeah!

50PlusMILFs: What kind of reactions do you get?
KELLY: I try not to go off somewhere by myself because I think a lot of times you have to be careful around kids.

50PlusMILFs: But when guys see you, they must go out of their minds.
KELLY: Oh, yeah, they look. If they’re really young, I might tease them a little bit and see what happens. Usually I sit up and watch the waves on the beach, you can see them turn around and look. The bush overflows.

50PlusMILFs: In the era of shaved pussy, your bush is unusual.
KELLY: And it’s dark. It’s not a blond bush. It’s not like it’s going to blend in with everything. I’m a natural brunette.