Penelope Star is a 43-year-old divorcee and mom. And earlier this year, she became a grandmother. It is just mindboggling that a grandma could look as good as Penelope does with her beautiful face, curvy body and big tits. After this scene was shot, we told JMac that Penelope is a grandmother, and his response was, basically, “You’re shitting me!”

Penelope enjoys yoga and meditation. She usually doesn’t wear panties. She says the people who know her wouldn’t be surprised to see her here.

“People know I am a very sexually charge woman who loves to explore new things in the bedroom,” she said.

Doesn’t that make her swinger? Guess not. 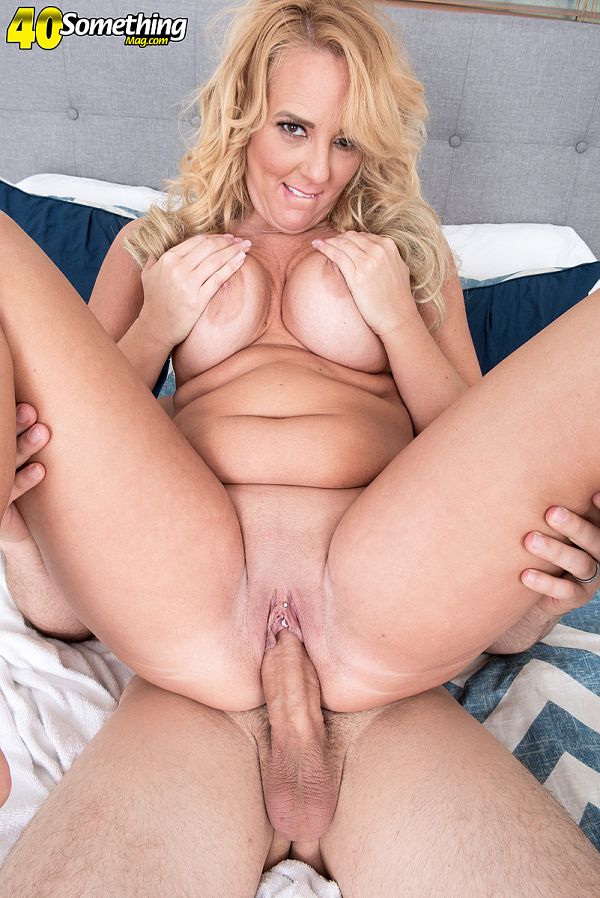