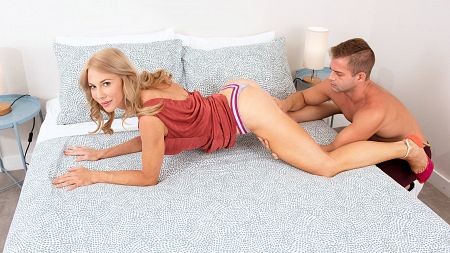 “I love sex and being sensual,” said Ciel, a 44-year-old French woman who’s fucking on-camera for the first time at 40SomethingMag.com. “Sucking cock, making him moan. Being fingered while he’s sucking my tits drives me crazy. I won’t last long until I jump on top and ride him.”

40Something: How often do you have sex?

40Something: Fucked? Of course you can. What was your kinkiest sexual encounter?

40Something: Have you ever had sex with a much-younger man?

Ciel: Of course! I love younger men. Their cocks are so hard. They’re my go-to when I want to get laid. I usually don’t go below 20 years old, though, but ya never know!

See More of Ciel at 40SOMETHINGMAG.COM!