From Mormon to this!

From Mormon to this! 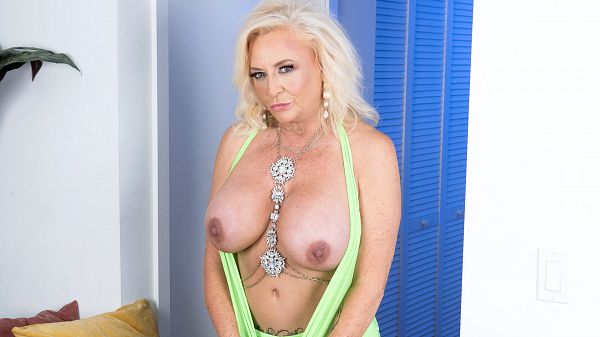 “I didn’t even own a toy until after my last divorce,” said Charli Adams, a big-titted, 59-year-old wife and mom. “You didn’t do that in the Mormon community.”

50PlusMILFs: So, you were raised as a Mormon and were married to Mormon men.

Charli: I was very conservative. I didn’t know anything other than the way I was raised. Missionary position. Sex maybe once a week. Every husband I had was the same way. Nothing out of the norm. They didn’t try anything, and it was frustrating to me because I just knew, “There’s gotta be more to this.”

50Plus MILFs: I’m guessing your ex-husband never ate your pussy?

Charli: My last husband wouldn’t even touch me there. He didn’t go down on me once the entire marriage. I was dying. He really enjoyed blow jobs, but he wouldn’t go down on me. They felt guilty, they felt dirty.

50Plus MILFs: So what did you do about it?

Charli: Well, I cheated, and then I got divorced, and that’s when things changed. Because once I got into the lifestyle and realized how freeing it was to have raw, passionate sex, I was like a deer in the headlights, like, “Wow, this can really happen!” And I went to a lot of parties and I just had a blast. I couldn’t believe how fun it was. The first swingers party I went to, I was with a date who watched me get fucked by five different guys. I was hooked after that. So when I met the man I’m married to now, he opened me up to a whole new world of fun. He’s as much of a sex addict as I am.