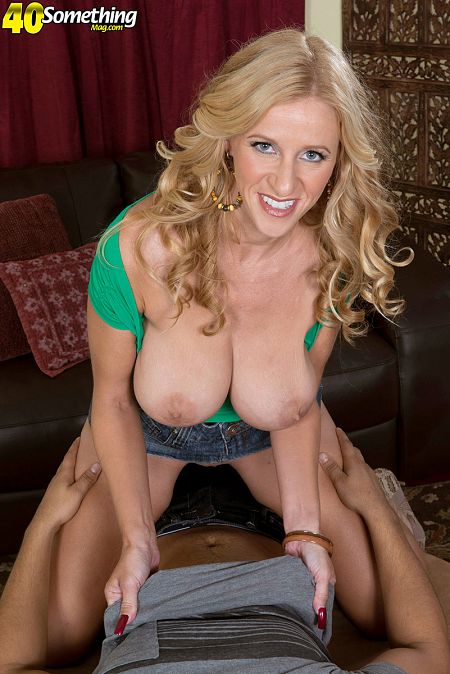 Holly Claus is an athlete who bikes and does competitive running. She’s also a sexual athlete who gives her all with hard cock. We don’t have video of Holly biking or running, but this scene is a prime example of the busty blonde’s blow job artistry.

“I’ve had too many kinky experiences to list,” Holly told us. “But I’m not a swinger. I do like to be watched when I have sex.”

Holly is from Key West, Florida, and she appeared out of nowhere. A local photographer who shoots pictures in South Florida strip clubs told us about her, and Holly made her way here after seeing one of our Models Wanted ads.

Holly has four rings by her pussy, two on either side of her labia, and she has a barbell through her clit hood. But she has no tats anywhere, not even the usual tribal band on the ankle or upper arm. No nipple or tongue piercings either.

She really enjoys what she’s doing. The only change for her is being recorded doing all this dirty stuff. It’s amazing it took her so long to find her way to our studio, but we’re glad she did. So is she. Obviously, so is the guy in these photos.