How to jack, suck and fuck a cock, by Dimonty

How to jack, suck and fuck a cock, by Dimonty 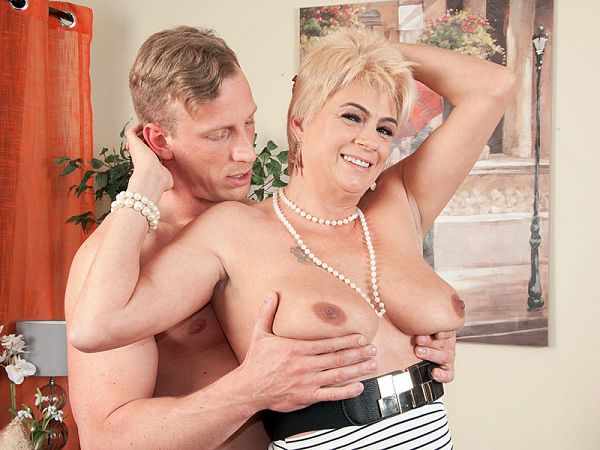 When 58-year-old British GILF Dimonty gets home early and catches her 33-year-old guy jacking off, she decides to teach him a lesson…a lesson in jacking cock, of course.

“Let me show you how it’s done,” she says before leaning over to grab his knob.

We asked Dimonty how a guy gets her attention, and she said, “By paying me a compliment.” In this scene, the guy is paying her a compliment with his raging hard-on, and Dimonty is flattered. And when she’s flattered, her pussy gets wet.

She’s a wife, mother and grandmother, by the way. The guy she’s sucking and fucking in this scene is easily young enough to be her son. He’s not, of course, but he could be. Interestingly, though, Dimonty said, “I prefer older men with lots of experience.” Well, isn’t experience part of the reason we prefer mature women?

She’s from London, England. She’s a swinger and a nudist. As for her wildest sexual encounter, she said, “Having a man finger me on a packed train until I orgasmed. He put his hand up my skirt, hiding it under my coat.”

We assume this was a guy she knew before she boarded the train.

We’ll go with not.