Jana gets her glasses glazed

Jana gets her glasses glazed 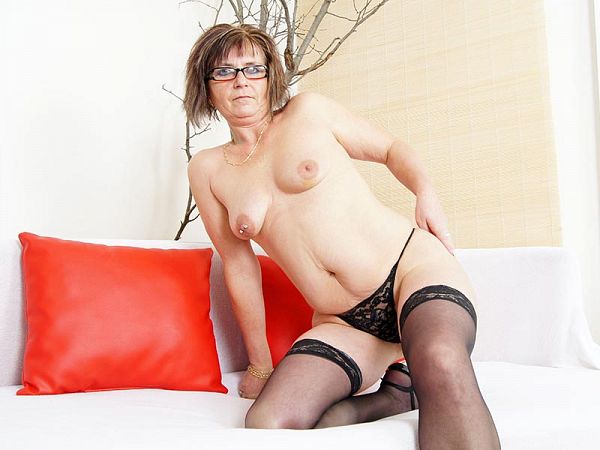 Jana, a 54-year-old wife (she’s wearing her wedding ring) and mom, quickly gets her tits out (one of her nipples is pierced), and it’s obvious that she wants to play. But who is she going to play with?

Well, at first, this Czech hottie is going to play with herself. She sheds her panties, keeps touching her tits, lies back and spreads her legs. Jana touches her pussy, which is also pierced, and by the way, have we mentioned that she’s wearing eyeglasses? She is.

Jana keeps rubbing herself, keeping eye-contact with the camera, spreading her pussy wide, showing us how pink her pussy is (very pink!). And then her playmate shows up.

Now, a gentleman would probably go down on Jana. Eat her pussy. But Frank is not a gentleman. He has a hard-on, and he shoves it in Jana’s mouth. She doesn’t back away. She eagerly slurps and sucks it, paying attention to his balls, too.

Jana lies down and spreads her legs so Frank can fuck her pussy. He deep-dicks her in the spoon position, making Jana’s tits jiggle, then she sits on top of his dick reverse-cowgirl. In-between, Jana sucks her pussy juices off his dick, then she bounces on his cock some more before he bangs her from behind, doggy-style. When he fucks her missionary, Jana spreads her pussy lips wide.

See More of Jana at 50PLUSMILFS.COM!