Jazmin’s first time is with JMac

Jazmin Cox, a 42-year-old divorcee and mom who was born in Germany and now lives in Florida, makes her 40SomethingMag.com debut by sucking and fucking JMac’s big cock. Pretty good for starters. In the opening photos, this blue-eyed redhead is wearing a sexy lace top and short shorts. Her 34B-28-26 body looks prime. When JMac shows up, the clothes come off. She does a good job of sucking his dick, but the fucking is when the real fun starts. She gets the lockdown, where JMac gets her legs all the way back while he’s fucking her reverse-cowgirl, and she even gets drilled in the piledriver position. He shoots his load in her open mouth and Jazmin proudly shows off the cum she’s coaxed.

Jazmin is tall and thin at 5’7″, 120 pounds. She isn’t a swinger, but she fantasizes about having two guys at the same time. We’re sure she could work that out. All she’d have to do is go up to two guys and say, “Let’s go!” She has sex five times a week but describes herself as sexually passive. That’s not surprising considering this scene, in which JMac totally dominates her.

We asked her if the people she knows would be surprised to see her here, and she said, “I think some would and others would say, ‘What took you so long?'” She’s the woman-next-door type who can usually be seen wearing shorts and tank tops on Florida’s warm days. She enjoys dancing, going to the gym, yoga and biking along the beach.

It’s obvious she enjoyed this, too. 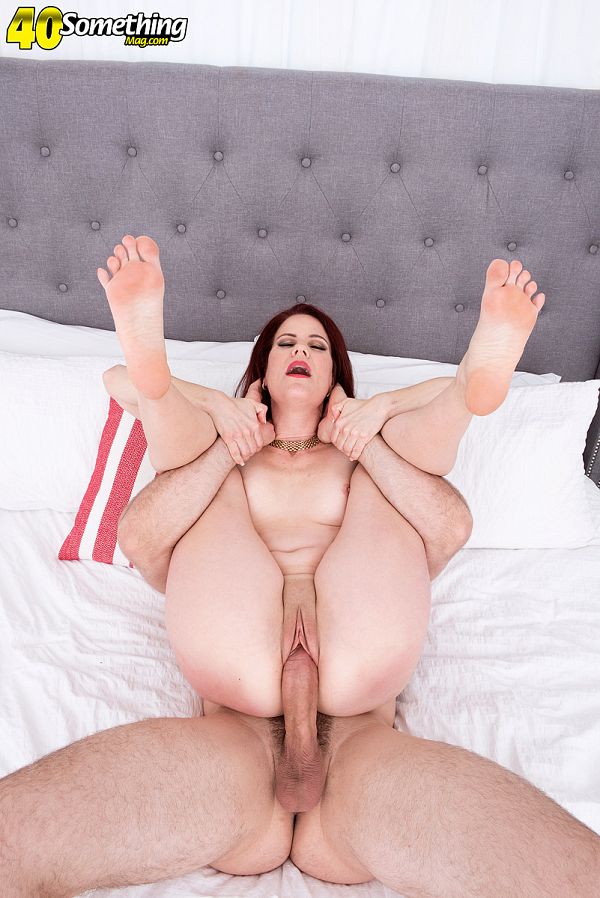