Justine gets her hairy pussy banged

Justine gets her hairy pussy banged 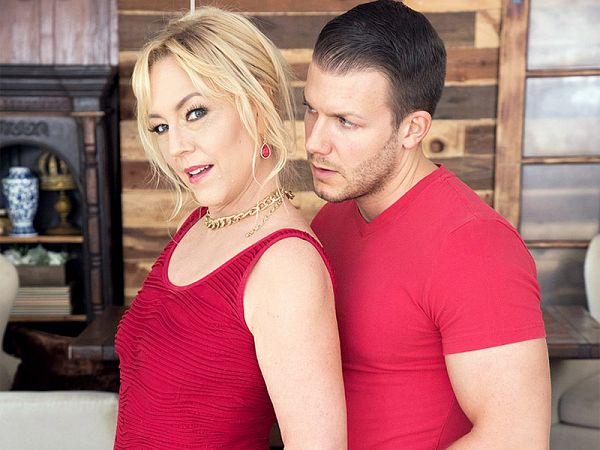 “I’m dominant and very sexual,” said 53-year-old divorcee, mother and grandmother Justine, aka Goddess Justine, aka Badd Gramma. “I know what I want. I’m very intuitive. I can go with the flow.”

This video opens with an interview, in which the blonde hottie tells us all about herself. Then the guy, who’s young enough to be her son, shows up. He takes off her shoes and works his way up her legs. She sucks his cock, then he fucks her hairy pussy every which way on a couch. From her moans, Justine is obviously very into it. He’s into her. We can tell by the way he unloads the contents of his balls all over her pretty face.

“I’d like to produce my own films some day, so I’m learning a lot but just enjoying being on this end of things,” Justine said. “I’ve done a little producing. I know it’s a lot of work, but I’m just going to continue enjoying my life and keep going out on my boat when I can and try to travel a lot more. I just got my passport at the tender age of 50. I’ve been to Thailand and Mexico and Paris, but there’s a whole long list of places I want to visit.

See More of Justine at 50PLUSMILFS.COM!