Laundry day at the Taylor household

Laundry day at the Taylor household 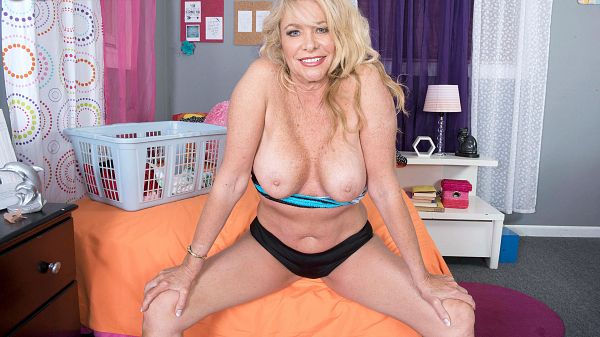 Lauren Taylor, a 56-year-old divorcee and mother of two from California, is doing the laundry. Sounds boring, no? No! She’s doing her daughter’s laundry and thinking about what some of those clothes would look like on her.

Her son’s friends were walking around with hard-ons whenever this hot mom was around.

“And telling me when they were gonna turn 18,” she said. “It was pretty funny. And I’d say, ‘No, you’re still my son’s friends, so that’s not going to happen.’ My son’s group of friends is still off-limits for me.”

“I’ll say, ‘Fuck me in the ass.’ I make that determination. It’s not for him to decide.”