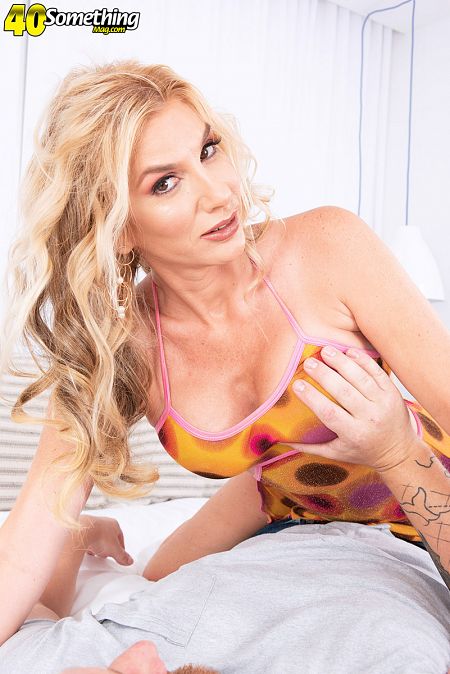 Lexi is 49 years old. She’s divorced. She’s a mom. She once had sex with one of her niece’s friends.

“He was 18,” Lexi said. “He was my niece’s love interest, but he liked me a lot more. We were at a party and he followed me to the bathroom, where we made out. Then later, we went out on a date, had dinner and went to a movie, and then we went to a hotel room, where he proceeded to seduce me. I was blown away that a teenager was so good in bed.”

When she was married, she would have sex with strange men in front of her husband. Now she’s doing this. And that’s why we love divorcees.

Although she used to be a stripper, Lexi had never had sex on-camera before she came to our studio. Now she’s done it twice.

“I like it,” she said. “I’m pretty comfortable. There’s always nervousness when you’re doing something new, but you have to overcome that. It’s exciting. There’s a sense of naughtiness to the whole thing. I like being naked. I like wearing sexy clothes, heels. And I definitely like having sex with these young studs!”