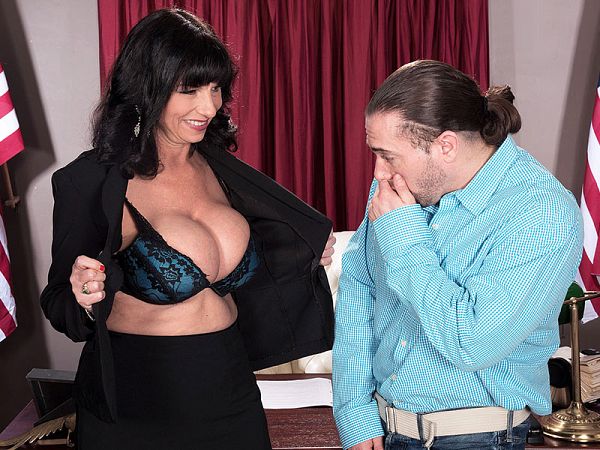 Supposedly, people are tired of politicians who keep doing things the same old way and expect anything to change. But 50-year-old Elektra Lamour is not one of those politicians. She’s an outsider, a woman who wants to do things a new way, her way.

So when the guy who’s applying for the job as her campaign manager shows up at her office, Elektra tells him that she wants to have a more hands-on, one-on-one approach to working with people and getting votes. She wants to attract the blue-collar workers.

Or did she say boob-collar workers?

See More of Elektra at 50PLUSMILFS.COM!