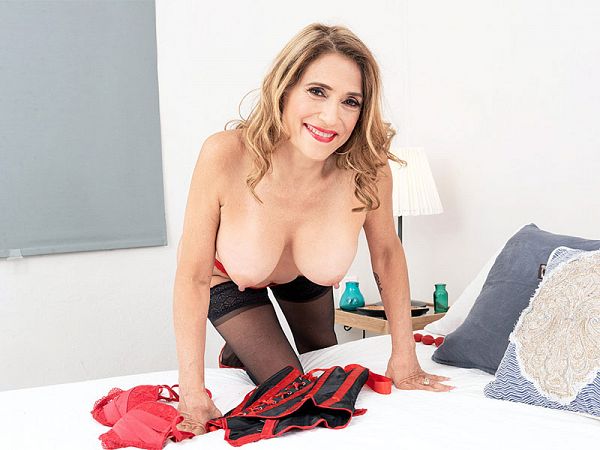 Melissa is a webcam model. She enjoys volleyball, basketball and watching tennis. She also obviously enjoys sexual experiences, such as the ones she’s having at 50PlusMILFs.com. Women don’t come any sexier than Melissa: pretty face, big tits, tight body, a little bit of hair above her pussy, pierced clit, nice legs. Melissa is a 50something fuck toy, and she’s proud of it.

“I have to admit to having two extreme personalities,” she told us. “One side loves romantic men who love to spoil me and for me to spoil them. The other side of me loves to dominate.”

We’d gladly take either side.

What satisfies her sexually?

“Having my clit licked to orgasm then having a big cock deep inside of me.”