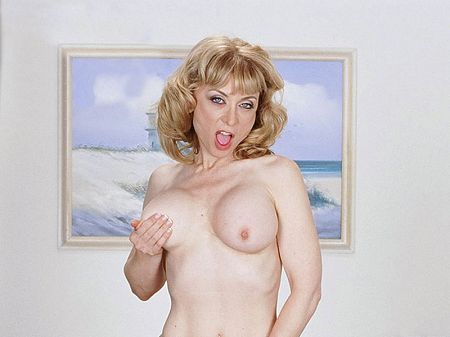 So a guy (we’ll call him Matt) goes to the doctor (will call her Dr. Hartley) for a checkup. It says on his chart that he’s there for “masculine itching,” but he confesses to the doctor, “I’m basically having trouble with my nut sac.”

Matt has never been to this doctor, but for some reason, she looks familiar. He can’t quite place where he’s seen her.

“No, people say that all the time,” she says.

“I started dancing in 1983 as a way to live out fantasies, perform, meet other bisexual women and as a fun way to earn money. I wanted to live a sexually free life and to have sex without being in love. For me, sex has been my vocation, my meal ticket, my path to happiness and self-understanding. I always get the most out of every sexual experience.”

She definitely gets the most out of Matt in this scene: all over her pretty face.