“I lead two separate lives and I like them both,” said Oksana Monet, a 43-year-old first-timer who was born in the Czech Republic and now lives in Virginia.

In one of her lives, Oksana is a wife, mom and real estate agent.

And in the life you’re seeing here, Oksana has an open marriage, meaning she can fuck whoever she wants whenever she wants, and has sex with young studs, like 23-year-old Peter in this scene.

Oksana is blonde, sexy and classy looking, especially in the business suit she’s wearing in these photos. Peter needs help learning Russian so he can pass a college course, and Oksana is there to help him…with his Russian and his cock. Hey, the guy might never learn a second language, but he will get to fuck Oksana, and what’s more important? Exactly.

Oksana enjoys traveling and working out. We asked her what she wants to do that she’s never done, and she said “SCUBA diving, being in a Hollywood movie or TV show and joining the Mile-High Club.” The first and third seem like pretty easy things for her to do. 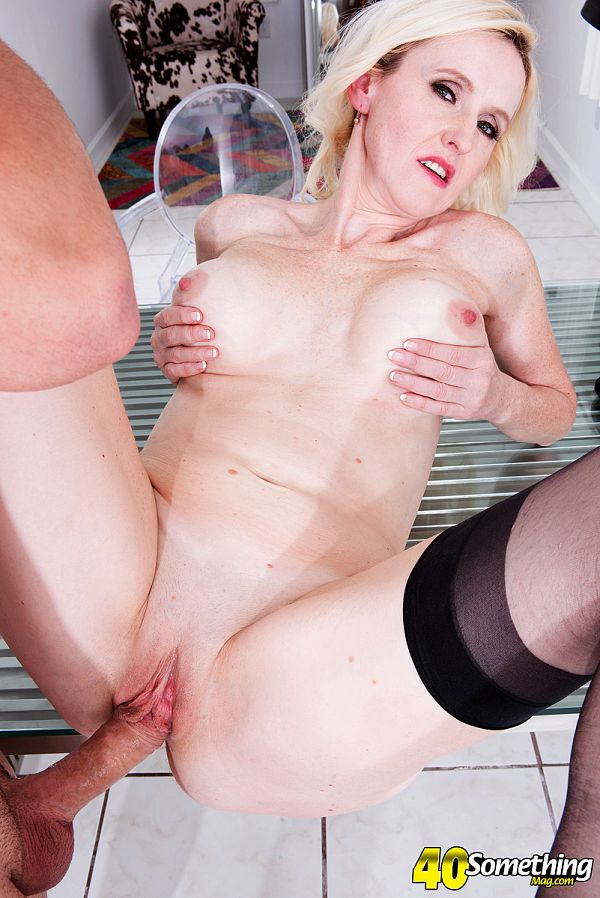