Private time with Crystal and a BBC

Private time with Crystal and a BBC 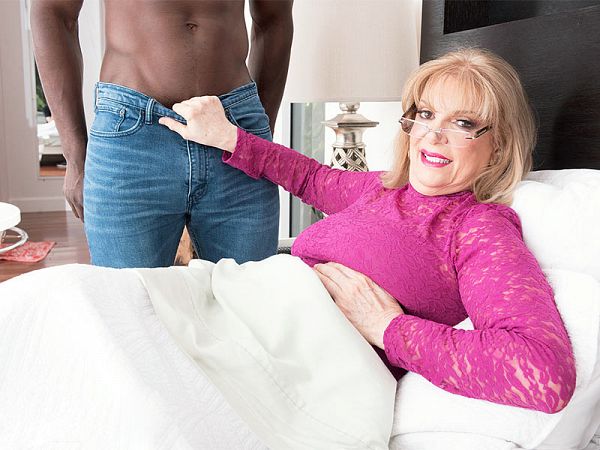 Here, Crystal invites us into her private bedroom, where she summons 28-year-old Jax. She doesn’t waste any time before she’s pulling his big, black cock out of his pants and sucking it, keeping her glasses on and making those humming and moaning noises we all love so much. She tenderly strokes his balls, too. Why tenderly? Because Crystal is a very nice woman.

She volunteers for the Salvation Army.

She enjoys fine dining. Take her to a nice restaurant in New York City.

She goes for kind men with nice smiles.

She has done legal work for most of her life.

She describes herself as sexually assertive.

And until she came here, she’d never had sex with a really young guy.

Which just goes to prove that even when a woman hits age 70, she still has a lot of living to do.