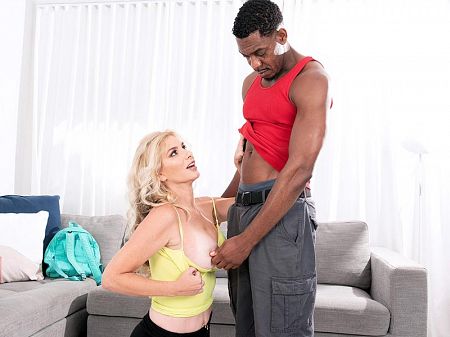 Lexi used to be an exotic dancer. If you saw her out in public, she’d probably be wearing “my gym clothes or a cute little sundress or a skirt with a midriff top.”

She’s a nursing assistant. She isn’t a swinger. She isn’t a nudist, either, but she said, “I wouldn’t mind that.”

She told us she had sex with a much-younger man when she was 35.

“He was 18,” Lexi said. “He was my niece’s love interest, but he liked me a lot more. We were at a party and he followed me to the bathroom, where we made out. Then later, we went out on a date, had dinner and went to a movie, and then we went to a hotel room, where he proceeded to seduce me. I was blown away that a teenager was so good in bed.”

And we’re sure he was blown away by Lexi, too.