Surprised she’s here? So is Una

Surprised she’s here? So is Una 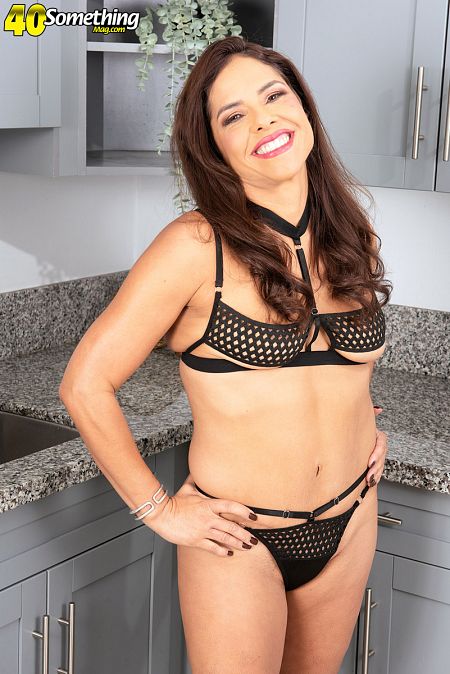 When we asked Una, a 46-year-old mother of two from Miami, if the people she knows would be surprised to see her here, doing this, she said, “Yes, everyone, including myself.”

Of course, today, Una is by herself, showing off her beautiful body and rubbing one out in the kitchen. Thursday, she’s going to really shock the folks back home by sucking and fucking a stud for all the world to see.

“I like smart guys who are self-confident and are good people,” she said. “I like to be surrounded by people with good vibes no matter who they are. That’s attractive to me.”

By the way, Una has been a swinger since 2020, which we have to say is an unusual time to have become a swinger.

“So far my wildest and favorite experience was an MFM doing DVP.”

That’s male-female-male with Una being the female and double vaginal penetration. We’re sure that would shock the people who know her, too.

See More of Una at 40SOMETHINGMAG.COM!