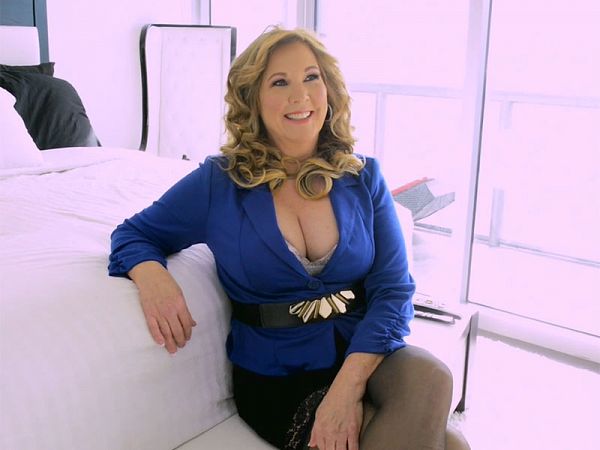 Texas Rose, a 57-year-old mother, grandmother and divorcee from San Antonio, Texas, proves that life begins at 50. She had been stuck in a boring marriage. The sex was same-old, same-old. She tried to break her ex-husband out of his shell, but he remained clammed up.

Bad move by that guy. She divorced him. But, then again, how was he supposed to know that his curvy, big-titted wife would one day be into gangbangs? That she’d be a swinger? That she’d love fucking younger guys. That she’d end up in our studio…having sex on-camera for the first time?

“Everyone I know would be very surprised to see me here,” Rose said. “I work in the corporate world.”

Well, not everyone she knows would be surprised. Her boyfriend, who helped introduce her to the swinging world, wouldn’t be surprised. Nor would the seven men who bent her over a massage table, handcuffed and blindfolded her and fucked her every which way. Rose loved it, by the way.

Here, we get to know Rose. She is, in almost every way, the woman-next-door.

Notice how we said “almost”