The guy with the BBC is Jynn’s former student!

The guy with the BBC is Jynn’s former student! 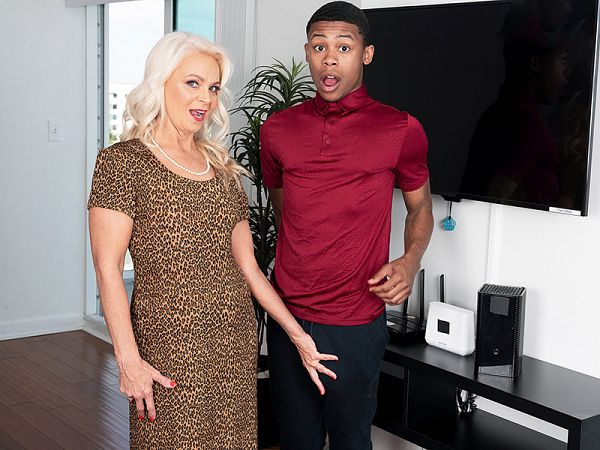 While Lil’ D. fixes her computer, Jynn, a 50-year-old wife and mom (and former teacher), watches and touches herself. She likes what she sees. At this point, she doesn’t care if her internet access gets fixed or not.

“I think the internet should be good now, Mrs….” Lil’ D. says when he’s done.

“I think I remember you,” she says. “Third period. Algebra.”

“I remember you looking up my skirt a few times,” she says.

“You’re not little anymore,” she points out, then she pulls him over to her bed and pushes him down. This is the kind of thing that could’ve gotten Jynn in a lot of trouble back in the day, but she’s not a teacher anymore and he’s 20 years old. Young, yeah, but old enough.

She sucks his big, black cock long and deep, getting it all wet. He can’t believe he’s about to fuck his hot teacher, and she can’t believe she’s fucking her former student. But that’s exactly what happens.

“I have sex as often as I can and more than once a day.”

“I am completely satisfied when I am taken from behind.”

We asked her if she’s ever had sex with a much-younger man.

Well, she has now!

See More of Jynn at 50PLUSMILFS.COM!