The lady who used to be on children’s TV shows

The lady who used to be on children’s TV shows 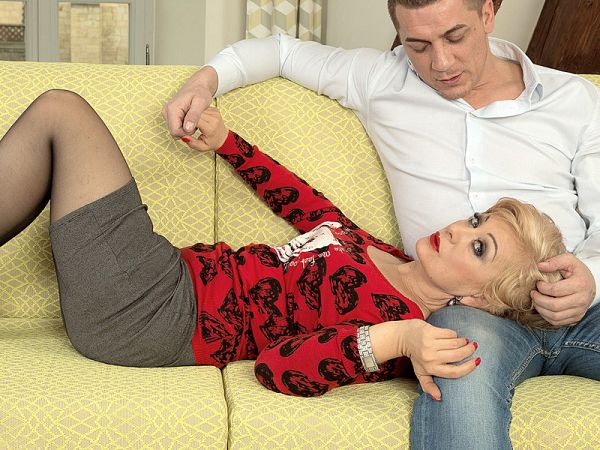 She’s not a swinger. She’s not a nudist. She’s a grandmother who used to be an actress on children’s TV shows. She’s a 53-year-old divorcee, and this is her first fuck video. Her name is Veronique, and she’s a hot woman.

When this scene opens, sexy, blue-eyed blonde Veronique is lying in a guy’s lap. She’s wearing a short skirt, stockings and heels. The guy is rubbing her pussy. There’s no setup. Just action. Before long, Grandma Veronique is sucking the dude’s cock and getting fucked. They don’t show that kind of stuff on TV!

Veronique works in an office, and this is the most excitement she’s had in a long time. She enjoys Tantric sex. She wants to have sex on a beach. She likes pussy. She likes being watched. She’s sexually aggressive and will let a guy know she wants him.

Why not? She already knows he wants her.

See More of Veronique at 50PLUSMILFS.COM!