Pandora is a little lady at just five-foot-one. She’s divorced and dating. She has four children and seven grandchildren. Wow! If they could just see her now! She says the people she knows would be very surprised to see her here.

“My Twitter friends would be shocked,” she said. Twitter, by the way, is where we found her.

Pandora has been working in catering and wedding planning for over 35 years. She’s been a swinger for seven years.

“Nothing too crazy, though,” she said.

Her sexual fantasy: “Sex under a waterful.”

How often does she have sex? “As often as possible.”

She likes younger men. The guy she’s fucking in this scene is 23 years younger than her. 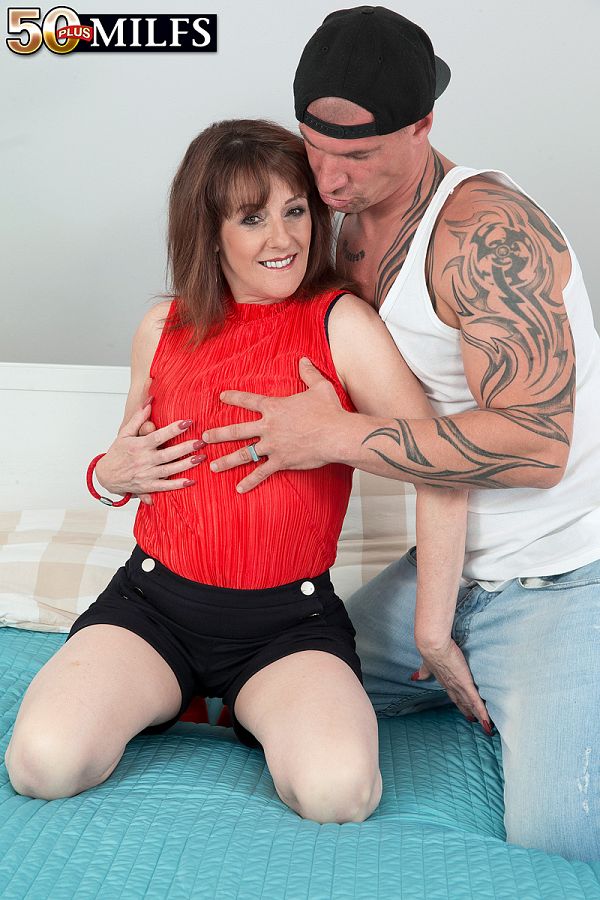