Time for an ass-fucking break

Time for an ass-fucking break 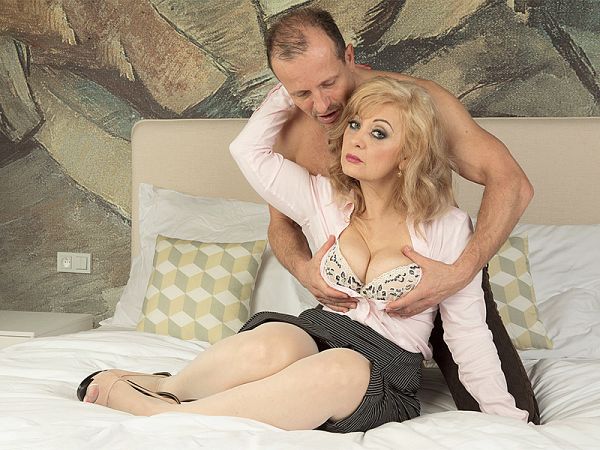 In her second video at 50Plus MILFs.com, 53-year-old Veronique Goldie takes a break from working to fuck. Sounds like a good idea, especially for George, who’s been sitting on the bed bored and anxious, checking out Veronique’s legs in her slit skirt, wondering when work time will end and fuck time will begin. Fuck time has begun!

Veronique is from Prague. She’s divorced. Makes sense. Actually, she was separated from her husband when she shot these scenes for us. Getting cock from strangers convinced her that she should go the rest of the way with her separation. Now she’s divorced. She’s a mother and grandmother. She doesn’t look like a grandma, but that’s how things are in this modern world of ours.

Veronique wants to go on a safari in Kenya. She wants to swim with dolphins. She also wanted to fuck on-camera. For most women, fucking on-camera would be the least likely of the three to happen. For Veronique, it happened. Safaris and dolphins can come later. Getting ass-fucked for all the world to see comes now.

See More of Veronique at 50PLUSMILFS.COM!