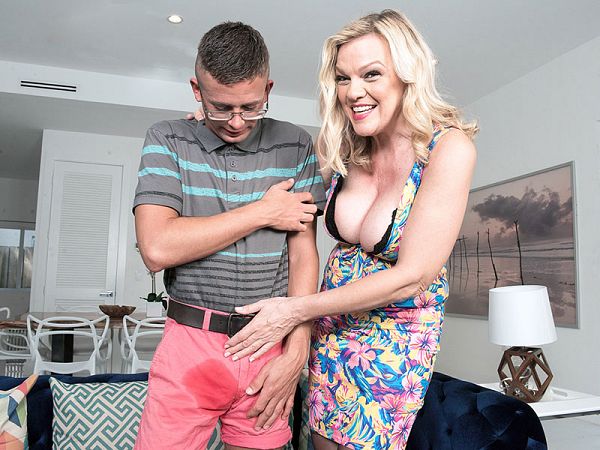 The sight of 54-year-old Lena Lewis in a tight, low-cut dress that shows off substantial cleavage (and a bit of her bra, too) wouldn’t seem to be the way to cure a 23-year-old of his problem with premature ejaculation, but that’s the beauty of mature women: They have their own ways of teaching young guys how to please a woman.

“Today’s your lucky day,” Lena tells him. “I’m going to teach you how to last longer.”