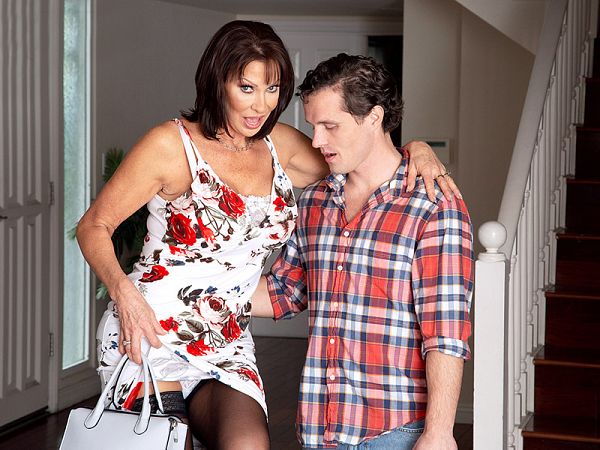 If it’s anything like what happens in this scene, it’s very good. Because in this scene, 56-year-old Vanessa Videl sucks and fucks her young neighbor. She does so as a way of thanking him for helping her with her bags, but the main reason she does it is she loves young cock.

“I have not filmed for over three years,” Vanessa said. “I contacted The SCORE Group, then they contacted me, and I figured, ‘It’s a new year. Why not have some fun?’ And here I am!”

Vanessa isn’t a swinger but says she’s been a nudist for all of her adult life. She gets off by “rubbing my clit while a guy is fucking me.” She likes younger men. And she likes to be watched while having sex.

Well, Vanessa, we’re happy to say that once again, you’re going to be watched while having sex. We’re glad it’s happening here.