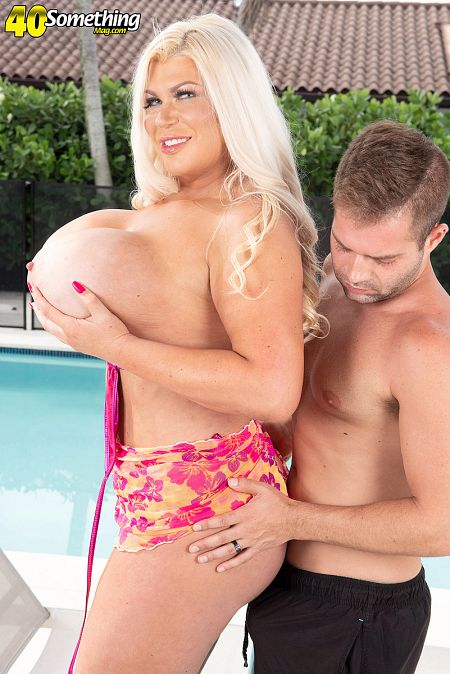 And now for the main event: super-busty 46-year-old Victoria Vale, wearing a tiny bikini at first, sucks and fucks on-camera. This is only her second hardcore scene ever (the first was posted on SCORELAND a few weeks ago). Victoria sucks and fucks outdoors, poolside, where the neighbors could have seen her. Did they? We have no idea, but if they did, they saw quite a show.

40Something: How important is breast play during sex?

Victoria: Very! I absolutely love having my breasts played with and fondled during sex. I love having my nipples lightly sucked and giving the guy the Russian treatment.

40Something: Do you have a favorite position for tit-fucking?

Victoria: On my knees or with the guy straddling my chest.

40Something: What do you think about when you watch your videos?

Victoria: I cringe. It’s still hard to look at myself on film without being overly critical of myself.