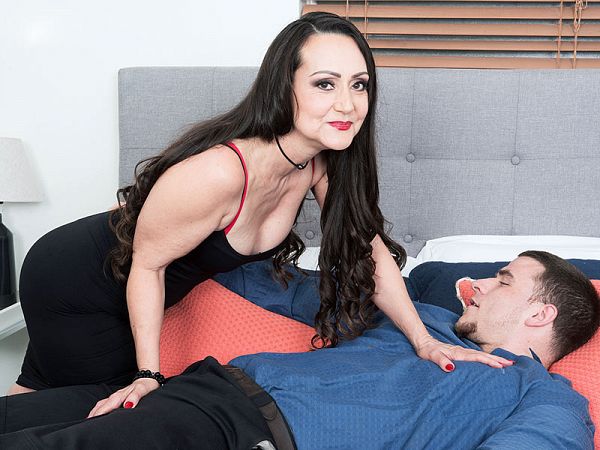 What kind of mother fucks her daughter’s intended on the morning of the wedding?

She also has a hot, tight body and a nice pussy.

And, we guess, it also depends on whether Joe decides to break off the engagement and stick with older women, which sounds like an even better idea.

When this scene opens, Talia asks Joe if he knows what to do on his wedding night. She’s going to make sure that he does.

Talia was born in Hawaii and lives in South Florida. She has brown hair and brown eyes and she’s engaged to be married, and we guarantee her future husband won’t be tempted by other women on his wedding night because he already has the finest mature woman a man could ask for.