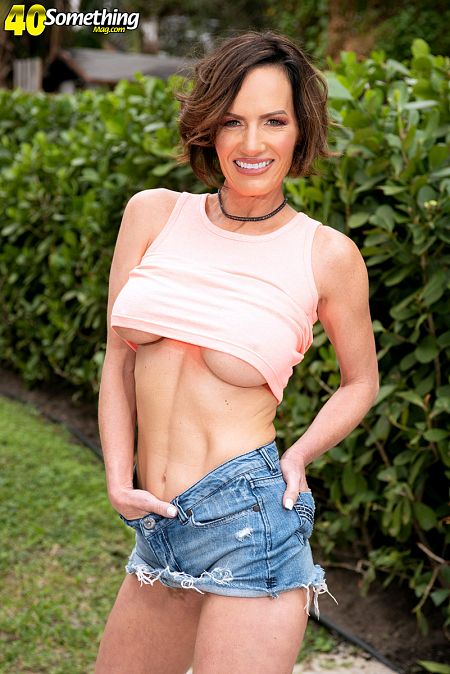 “We just moved in,” Ainsley says, “we” being her and her husband.

Husband, eh? So much for that, right?

Wrong. Because Ainsley wants to get to know the neighborhood meat a little better. She invites him inside. Her husband is gone. He isn’t going to be back for a while. And if that’s not all the invitation Nicky needs, he gets more when Ainsley grabs his shirt and pulls him inside.

First thing she shows him: the bedroom.

Resistance is futile. Ainsley is beautiful. She has big tits and super-long legs. She also has a mouth that easily deep-throats Nicky’s cock without gagging at all. He worships her feet and legs, and Ainsley gives him that rarest of treats at 40SomethingMag.com: a foot job.

Looks like this is the beginning of a beautiful friendship.