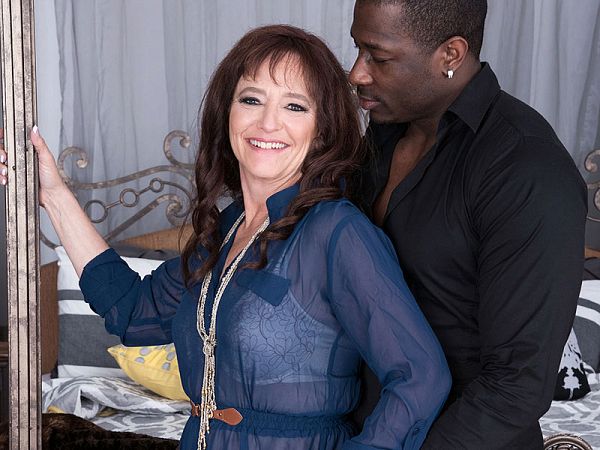 This is a first for Whinny Spice, a 52-year-old from Arizona.

Sure, it’s her first time having sex on-camera.

But it’s also the first time in her life that she’s sucked and fucked a big, black cock. And when we say “big,” we mean big. But Whinny takes every inch, and in the end, she gets her pretty face glazed.

“I feel fantastic,” Whinny says in the interview that starts this scene. She looks great, too.

Whinny is a swinger. She’s been a swinger for about a year.

“I just decided to see what it was all about and decided I liked it,” she said.

Before that, her sex life was non-existent.

“I didn’t have one.” So she decided to become a swinger “to put some excitement in my life.”

“She made it sound really exciting and fun. It’s all happened so fast. It’s been a blast.”

And speaking of blasts…cum blasts, that is.