Whitney Wonders: Even better with age

“I’m a wild woman, but I still prefer the man to make the first move,” said Whitney Wonders, SCORE Girl of the 1990s who’s now back and looking spectacular at 46 years old. Her first fuck scene in years is also at 40SomethingMag.com.

In the ’90s, Whitney flaunted her trademark red hair, big tits and tan lines on-stage as a feature dancer and in the pages of SCORE. Whitney dropped out of sight for several years before resurfacing as a webcam girl and dropping out again…and then returning right here. In these photos, she shows off her tan-lined tits then spreads and fucks her pussy with toys.

Whitney isn’t a swinger or a nudist, just a cougar, although she has participated in group sex, most notably at a mansion in 2002 with three other couples. She has sex daily and masturbates nearly as often.

“I want their cocks pointed directly at me.”

If you’re reading this, Whitney, close your eyes and use your imagination. There are a lot of cocks pointed directly at you right now. 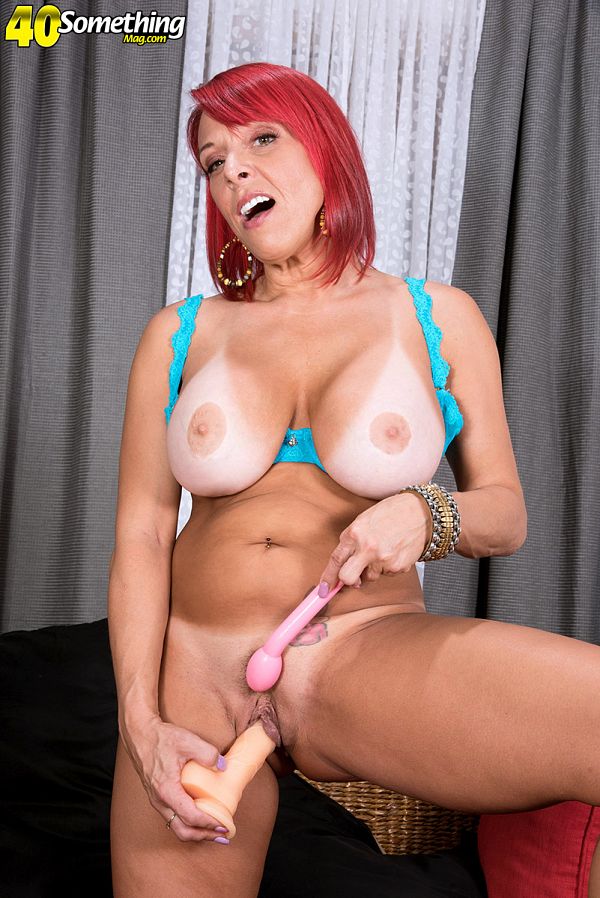