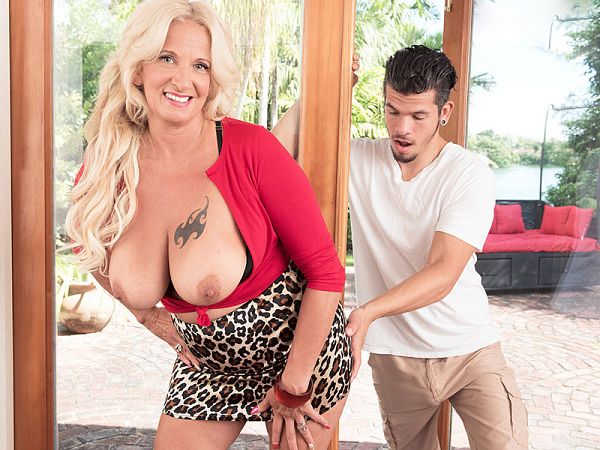 Brooklynn Rayne, a 50-year-old wife and mother of four, is lounging outside on a sunny day in South Florida. We’re treated to upskirt views of her panties and downblouse views of her big tits, which are encased in a tight bra.

Why is she there, spreading her legs and looking so sexy? She’s trying to lure young cock, and it just so happens that 28-year-old Bambino is spying on her through binoculars from a nearby pier.

“He definitely wants to play,” she says.

Bambino is embarrassed about getting caught and hesitates when Brooklynn calls him over.

And there’s a pussy down there.